Braintonik GameStudios is a small independent game studio based in the Montreal area founded by Nicolas Michaud and Jean-Pierre Harvey. We are driven by our passion for gaming, artistic creativity, and willingness to produce our first game called Spheriums, developed using the Unreal Engine.

Where do we come from?

It all started in the fall of 2020 when our passion for video games took a whole new direction. At first, we were just curious to discover the incredible possibilities that the Unreal Engine could offer. But we soon realized that our multidisciplinary background was an exceptional asset in this field, so we started prototyping our game idea. After a few months, it became clear that this was more than a short-lived project, so we decided to found Braintonik GameStudios to develop an original game called Spheriums.

Since then, we have invested a tremendous amount of time and money toward developing our game. Of course, this is a big challenge for a small indie game developer, but most of all, it’s an exciting experience that will make our beautiful dream come true. 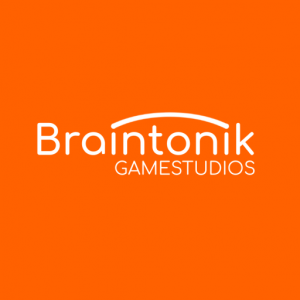 A single-player journey set in a series of enchanting worlds! As the last Spheriums, discover the elder’s secret for saving your dying homeworld. Explore, find secrets, unlock weapons, solve puzzles, upgrade your player, and encounter over 50 unique creatures.

Founded by Nicolas Michaud and Jean-Pierre Harvey, our independent game development studio is based in the Montreal area. The team is driven by the passion for gaming, artistic creativity, and willingness to produce its first game called Spheriums, developed using the Unreal Engine.